Learning to travel at the age of 48 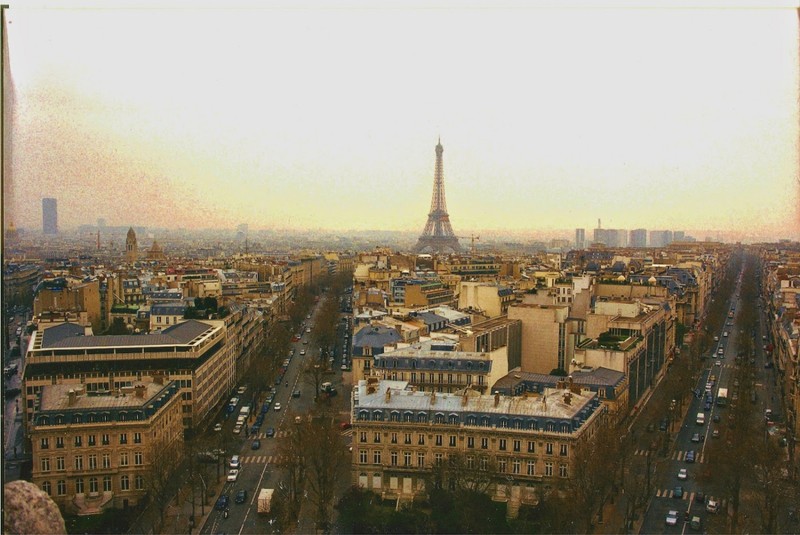 This photo is the best representation of my first impression of Paris. It was chilly, damp and rainy. The skies were overcast for three days. I took this photo from the top of the Arc De Triomphe. I did not have a digital camera so the photo was taken with film. After having the photos developed I had them also digitized on a disc. So they look faded and are of poor quality but they held all my memories of that visit. When I returned home and back to work this photo became my background on my home and work computer. I looked at it over and over and could never get over the thrill of seeing Paris for the first time. On bad days at work I looked at the photo and had an escape. After a long day I could return home and once again there was the photo. I joined a web site called Virtual Tourist not long after the trip. I had been bitten by the travel bug and was planning a second trip to Europe, this time to Italy. In my research photos from Virtual Tourist popped up so I decided to take a look at the site. . There was no Facebook at this time. Virtual Tourist became my very first social media web experience. This photo was my introductory photo on Virtual Tourist. And Paris was my first place I wrote about as a new Virtual Tourist member. Although Virtual Tourist has long since disappeared this photo remained on my page until the last day of that site. A chilly,damp, rainy day in the city of Lights. 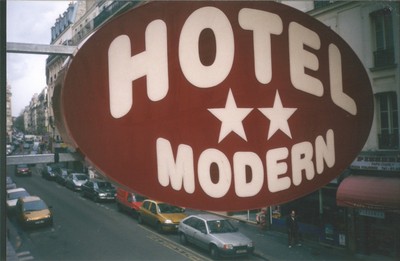 We booked a hotel on the internet which was a first for us. We basically went into Yahoo and searched on hotels in Paris. We found one that was affordable near Pere Lachaise Cemetery. It was named "Hotel Modern". I learned my first travel lesson with this hotel. Don't believe the name or what they say on their web page. If it's inexpensive there is a reason it's inexpensive. 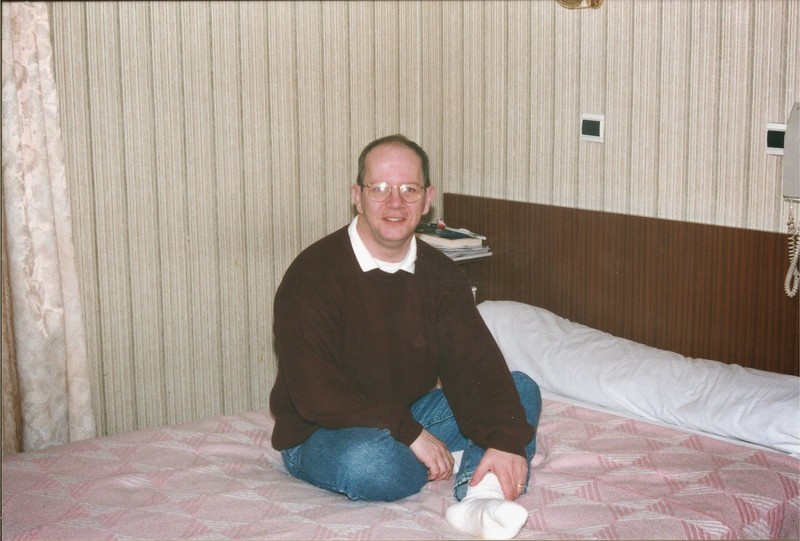 The room was not great. It was not even just OK. It was pretty nasty. But look at my face in the photo. I was so thrilled to be in Paris. The room did not ruin the experience. I learned my second travel lesson also from this hotel. You don't spend a lot of time in the room. So don't over pay and don't fret if it's not beautiful. The city awaits you. Get out and experience it.

I will never forget my first impression of Paris. It was magical and beautiful even on a rainy day. I had my first taste of true French Vanilla Ice Cream. It was the best ice cream I had ever tasted. I had a scoop every day. I had my first rump steak in peppercorn sauce, a taste I will never forget. I knew very little about wine before going to Paris. I drank very little wine and when I did drink wine it was usually White Zinfandel. So you can imagine my shock and delight when I had my first true French wines. I was surrounded with people speaking a foreign language. I remembered from high school how to say hello, good bye, thank you and Where is the library. I could also say I fell down in the street. So basically I spent four days saying hello, goodbye, or thank you as often as possible so I could feel like I was speaking the language I got to use my last phrase, I fell down in the street, on my second to visit to Paris in 2008. But that is another story for another blog.

Since that time I have traveled a lot. I have learned a lot. I now consider myself a seasoned traveler. I have been to many of the worlds great cities. But nothing compares to that first moment in Paris. I thought the magic might have been because it was my first trip overseas. I returned eight years later and was a bit concerned. I was afraid I would be let down this time. I thought it might be different the second time around. It might not as wonderful as my memory had made it. But I had nothing to worry about it. It wasn't me. It wasn't because it was my first time to be in Europe. It was magical because it was Paris. I took the photo below when I returned in 2008. It's the Eiffel Tower once again and taken from the top of the Arc de Triomphe once more. And it was still a chilly, gray, rainy day. And it's still Paris. And it's still my favorite city of all. 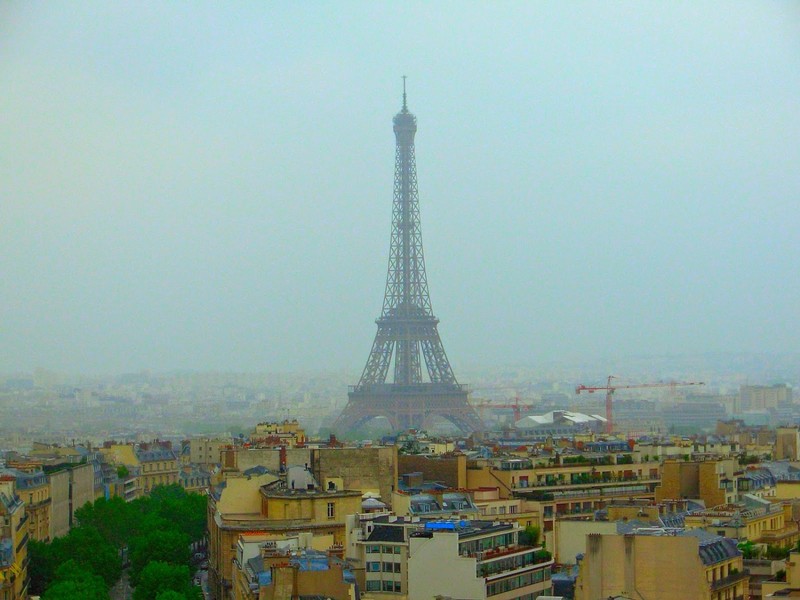 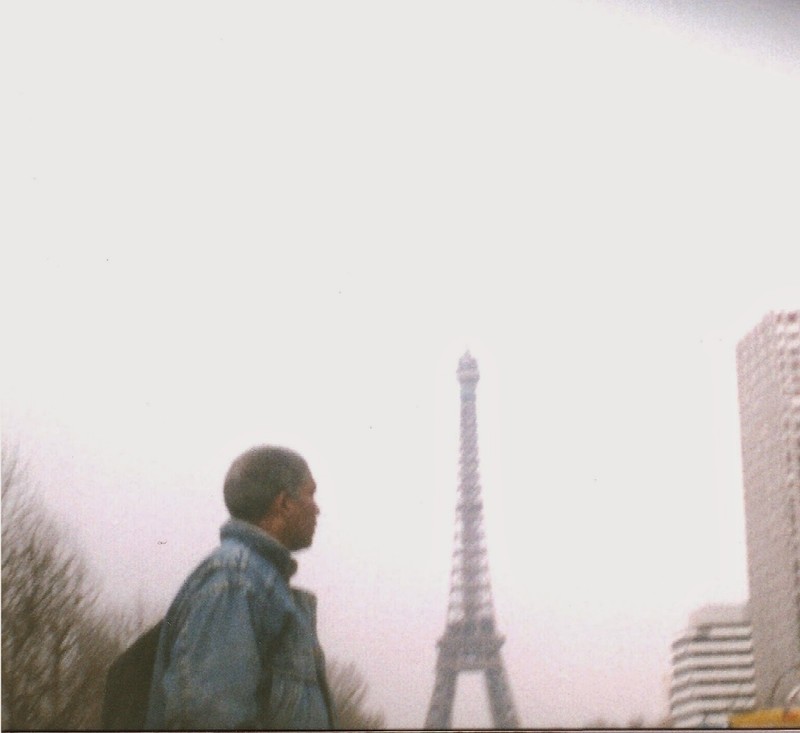