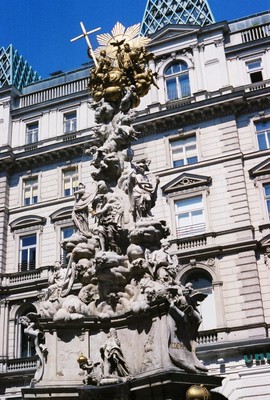 Travel is my passion, and taking photos of my travels is my favorite hobby. So when faced with social distancing and the threat of quarantine due to the COVID-19 virus, I find going through my travel photos and thinking of the beautiful places I have visited brings some sort of calmness to the madness all around me right now. With all of the attention focused on Corona Virus today, I found myself being led to photos I have taken of Plague Memorials in Central Europe. 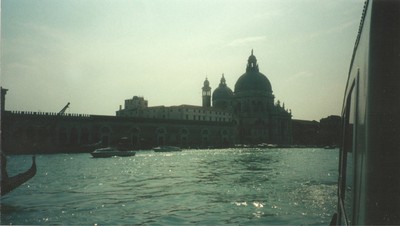 In the summer of 1630 and up until 1631 a wave of the plague assaulted Venice killing nearly a third of its population. As an offering for the city's deliverance from the plague the city vowed to build a church dedicated to Our Lady of Health, Santa Maria della Salute. The city decided not to dedicate the church just to the plague or a patron saint. They decided to dedicate it to the Virgin Mary who they believed was the protector of their Republic. I visited Venice in the spring of 2002. When I arrived in Piazza San Marco and walked to the water front of the Grand Canal this beautiful basilica dominated the horizon. 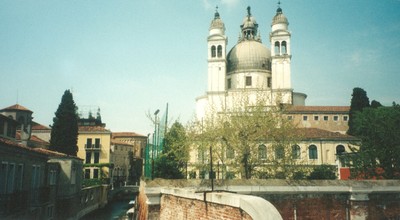 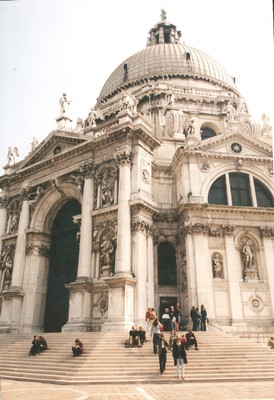 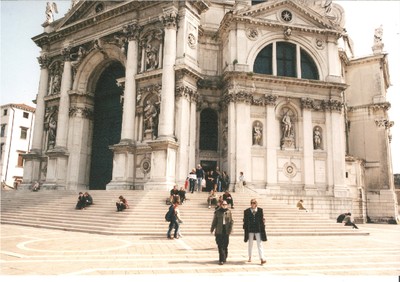 Two years after my visit to Venice, I traveled to Prague in the Czech Republic in 2004. I returned again in 2015. Both times I visited the Kostnice located in the village of Sedlac. The Kostnice is an Ossuary or Bone Church. It is named the Church of All Saints. In all of my travels this is truly one of the most fascinating places I have seen. 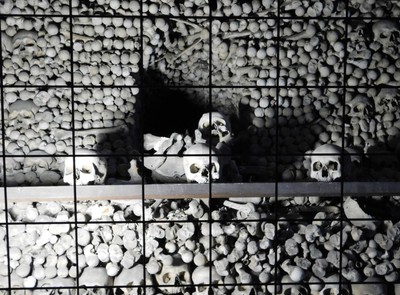 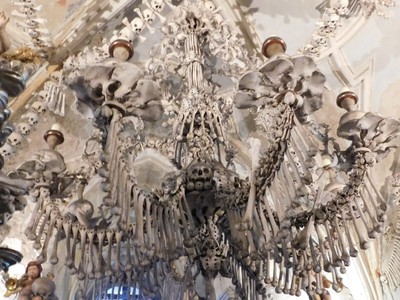 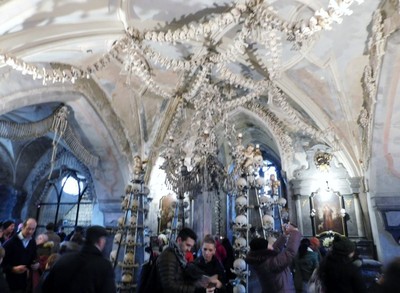 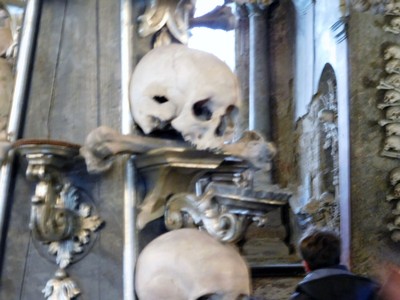 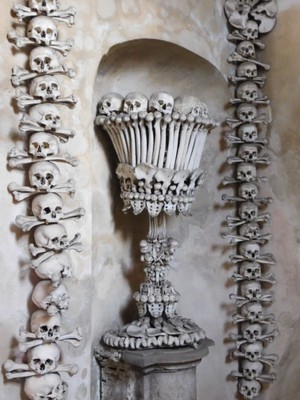 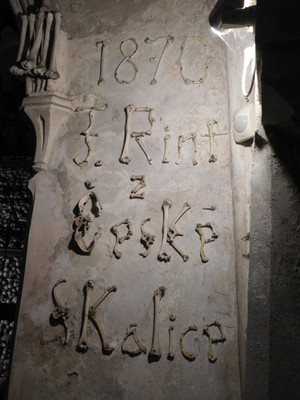 The plague Column of the Virgin Mary Immaculate in Kutná Hora, Czech Republic 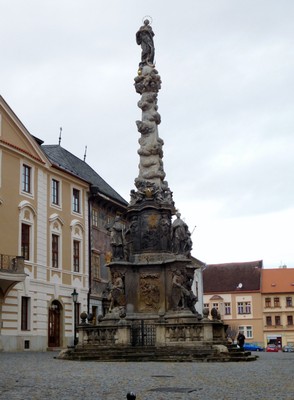 Just a short walk from Sedlac is the village of Kutna Hora. Located here is a Plague Column. I have seen several of these through out Europe. This one was built as a reminder of the death from the plague of the early 1700's. There is a statue of Mary on top of the column as on many Plague columns. Many of these columns were built to honor Mary in hopes for protection from other plagues. 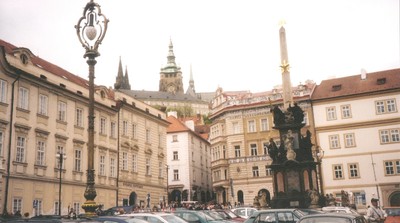 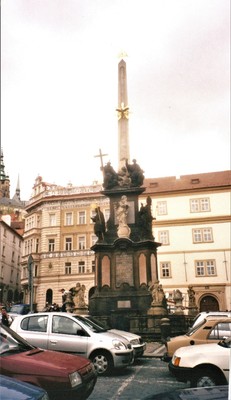 The Trinity Monument is another Plague Column in the Czech Republic. This one is located in Prague's Lesser Town Square. At one time there was a pillory and gallows here. So this square is historically associated with death. But now there is a monument here that memorialized the end of a disease that plagued the city of Prague. After the outbreak of the early 1700's was finally under control, the city erected this Plague Column. 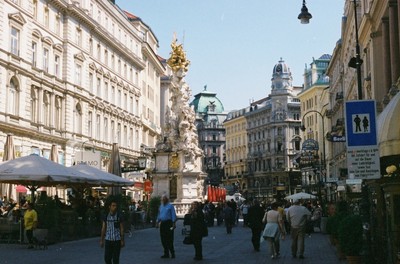 The Trinity Column in Vienna is located on Graben, one of the main streets in the inner city. It is one of the better know Plague Columns in Europe. It was built after the great epidemic of 1679 and is one of the cities great pieces of art often compared to the work of Bernini in Rome. While I was in Vienna I was not worried about the plague. My luggage was lost and never arrived. So I was concerned with buying underwear in a city where I did not speak the language. I took photos of the monument without really knowing what it represented until I returned home and was doing research on my photos. At the time of the plague the Habsburg emperor Leopold I fled the city but vowed to erect a mercy column if the epidemic would end. 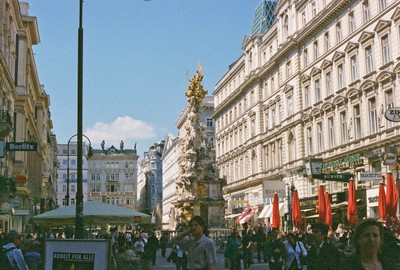 .These churches and monuments were erected to memorialize the loss from the great plagues that challenged the western world in their time. They were also created to ask forgiveness for the sins they felt lead to these plagues and in hopes to protect their people from future epidemics. After the horrors of 9/11 we have build great monuments and displayed pieces of the World Trade Center in our major cities across the country. We have one here in Baltimore. In New York we have build a towering sky scraper complex to replace and memorialize the original World Trade Center. I am wondering tonight what will happen at the end of the current world wide pandemic. Will we be inspired to create art and memorial fountains to remember it? Will we learn from our greed and hoarding that is harming us now? Will our current leaders promise to build memorials to our sacrificies. Or will they build great monuments to themselves to brag about their self imagined great accomplishments in fighting this enemy? We will survive. We will recover. But will we learn from our mistakes?